Mississippi has joined a handful of states seeking federal permission to require parents and caregivers who qualify for Medicaid to prove they are working at least 20 hours a week or participating in an approved work activity before receiving health coverage. Called the "Mississippi Workforce Training Initiative," the application for a Section 1115 demonstration waiver pledges to bring more Medicaid beneficiaries into the workforce and move them onto other forms of health insurance. The proposal, however, ignores the fact that only the poorest and most vulnerable parents now receive Medicaid in Mississippi—and that few of them will be able to afford insurance even if they find jobs. In fact, the state's own estimates suggest that about 5,000 of these Mississippi parents will lose their Medicaid coverage in the first year if the Centers for Medicare and Medicaid Services (CMS) approves the state's request.1 The vast majority of these parents are likely to become uninsured.Approval by the federal government is not certain. While CMS has given approval to three states—Arkansas, Kentucky and Indiana—to impose work rules, those states have all expanded Medicaid to adults making up to 138 percent of the federal poverty level. Mississippi, however, has not accepted the Medicaid expansion funding provided under the Affordable Care Act. The only Mississippi families affected by the proposed change would be those living at 27 percent of the poverty level or lower. That works out to $5,610 a year for a family of three or $468 a month—among the most restrictive eligibility limits in the nation.The new requirement would also apply to workers using Transitional Medical Assistance who have jobs, but don't yet make enough to afford private insurance. These beneficiaries, by definition, are already working and are temporarily eligible as their income rises due to earnings. As such, this aspect of the proposal contradicts its stated goals. 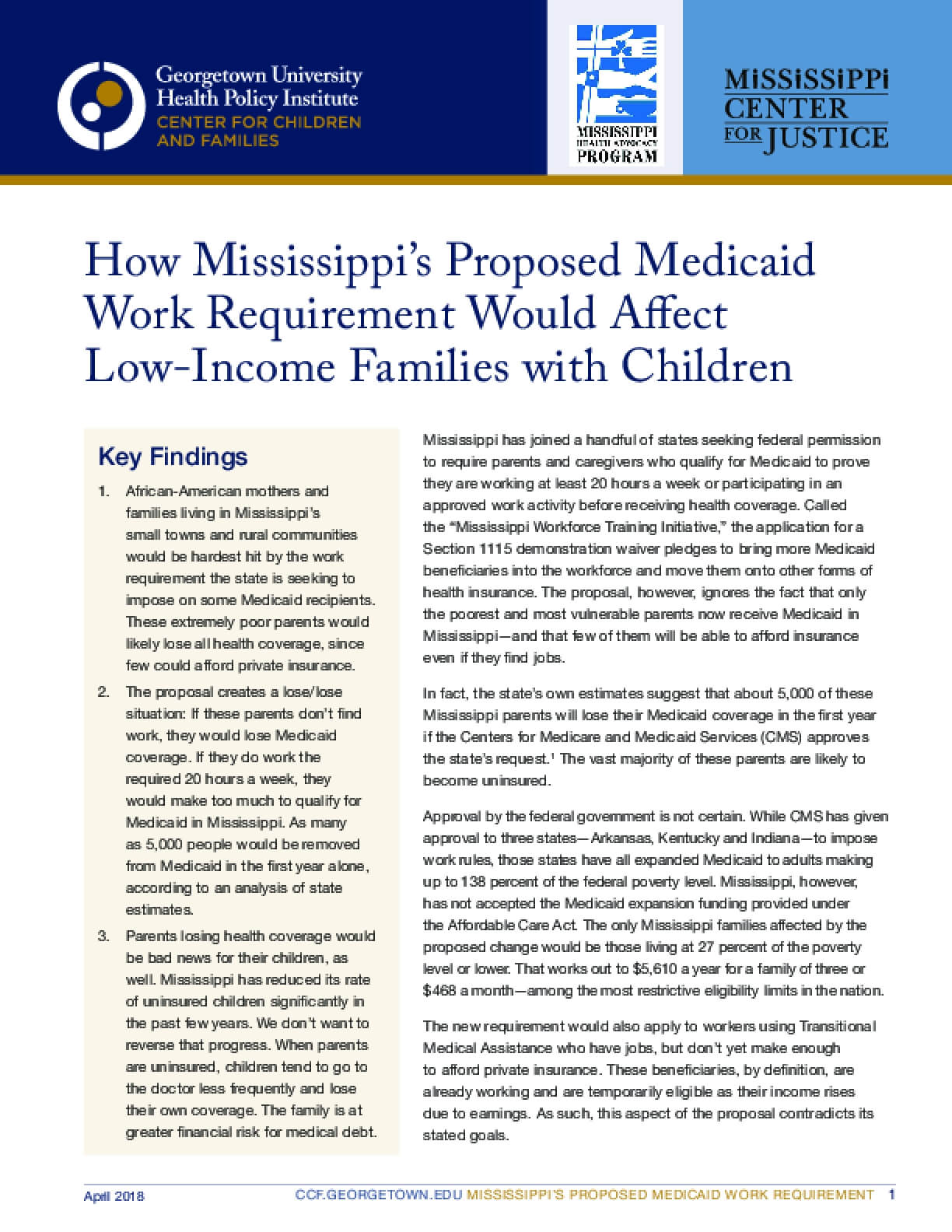