Getting to Outcomes: A User's Guide to a Revised Indicators Framework for Education Organizing 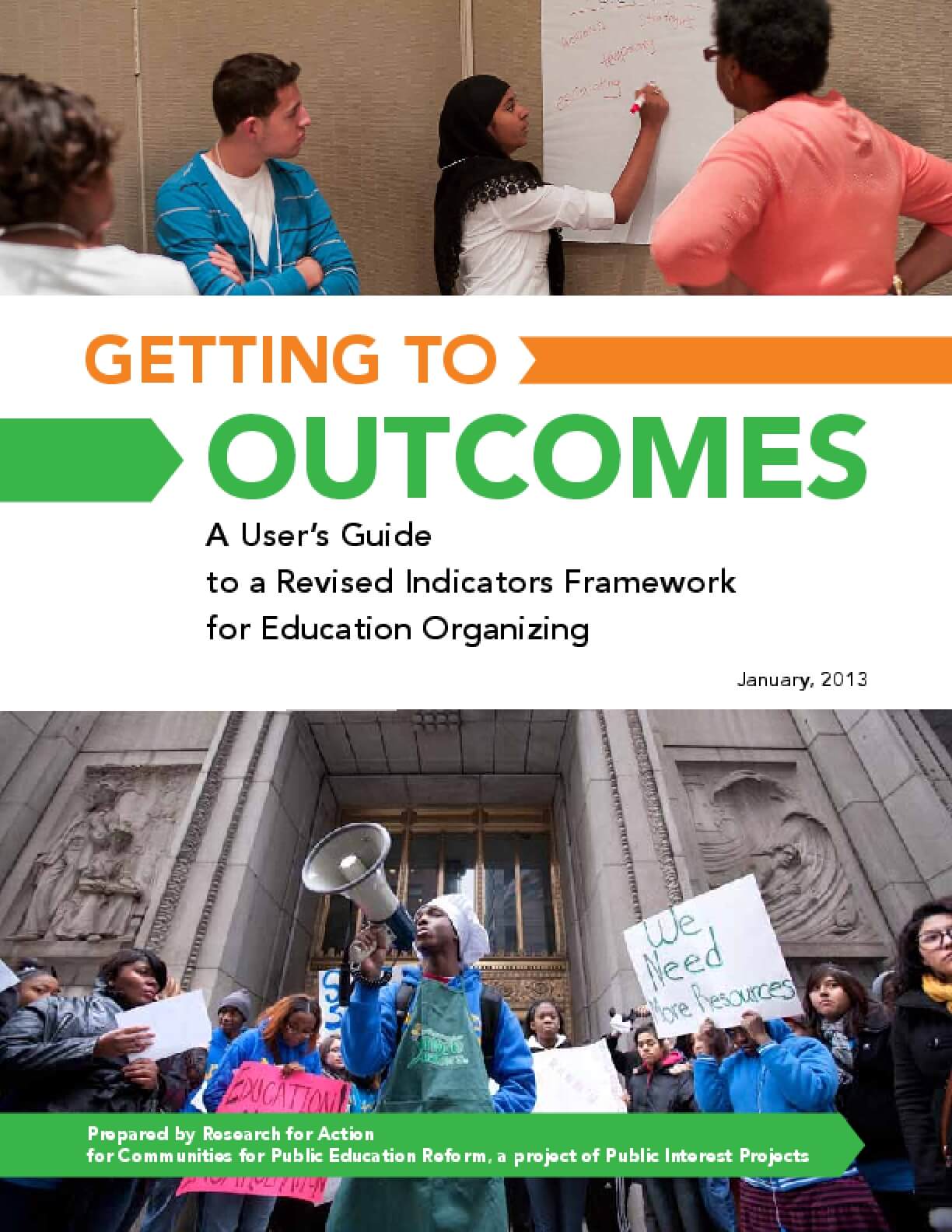