This paper develops a social unrest measure by revising Esteban-Ray (1994, Econometrica) polarization index. For the purpose of measuring more effectively the level of social unrest that is generated by separation of income classes, the new index allows for asymmetry between the rich and the poor groups' alienation feeling against the other, and it constructs a more effective group identification function. To facilitate statistical inferences, asymptotic distribution of the proposed measure is also derived using results from U-statistics, and an easy-to-implement jackknife-based variance estimation algorithm is obtained. Since the new index is general enough to include the Esteban-Ray index and the Gini index for group data as special cases, the asymptotic results can be readily applied to these popular indices. Evidence based on the Panel Study of Income Dynamics data suggests that the level of social unrest has generally increased over the sample period of 1981-2005, particular since the late 1990's, and the increase is statistically significant. 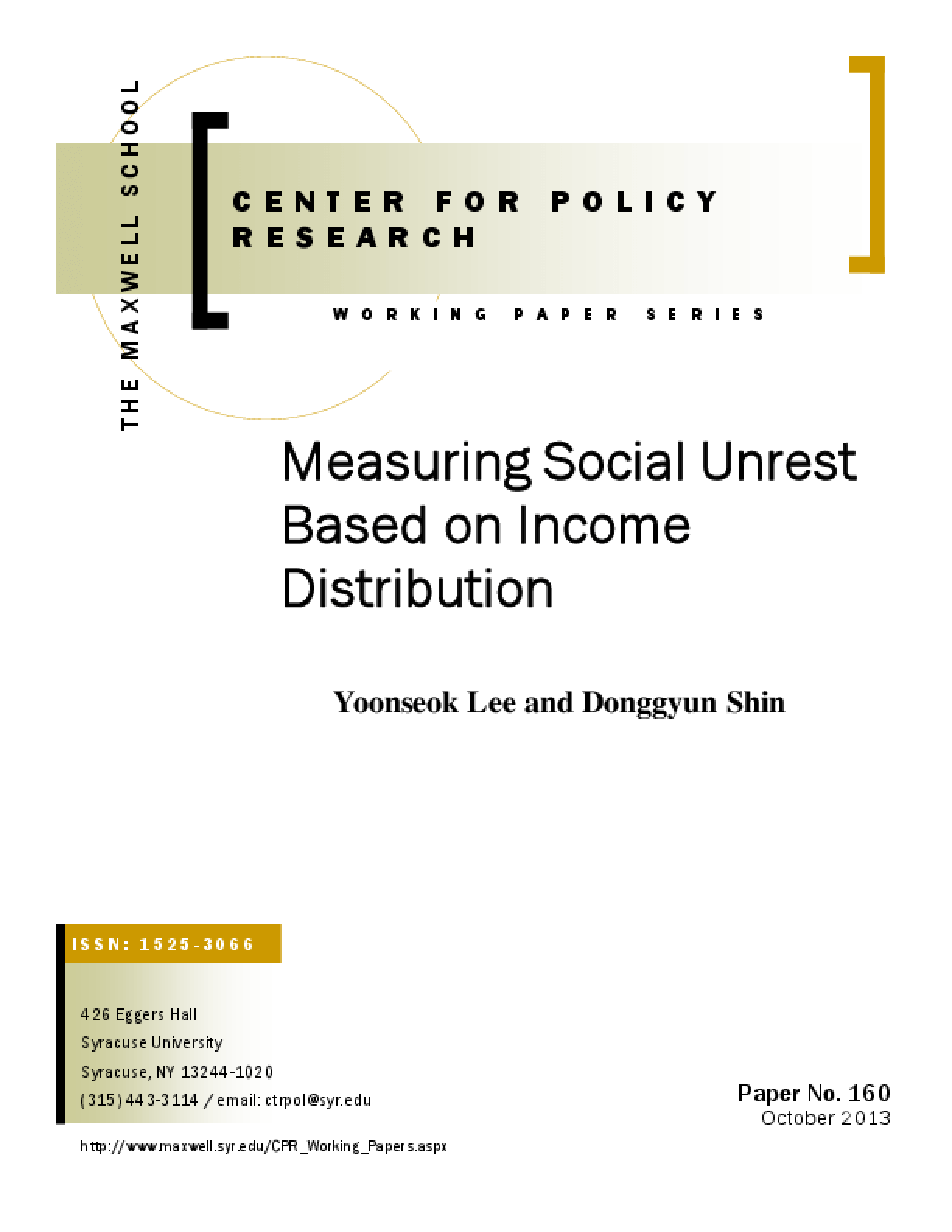