Family Structure and the Economic Wellbeing of Children

An extensive literature that examines the relationship between family structure and children's outcomes consistently shows that living with a single parent is associated with negative outcomes. Few studies, however, directly test the relationship between family structure and outcomes for the child once he/she reaches adulthood. We directly examine, using the Panel Study of Income Dynamics, whether family structure during childhood is related to the child's economic wellbeing both during childhood as well as adulthood. Our findings suggest that the economic wellbeing of children of mothers who experience a marital dissolution and remarry are no different from the children of mothers who are continuously married. However, the children of mothers whose marriages dissolve but who do not remarry experience large declines in their income over their first ten years of life. We also show that while the children of never married mothers earn a lot less as adults than the children of married parents, these differences can largely be explained by demographic and socioeconomic factors. Finally, our findings suggest that children who have mothers who experience a marital dissolution and who do not remarry have economic losses that persist into adulthood. Robustness checks using family fixed effects models support this result. 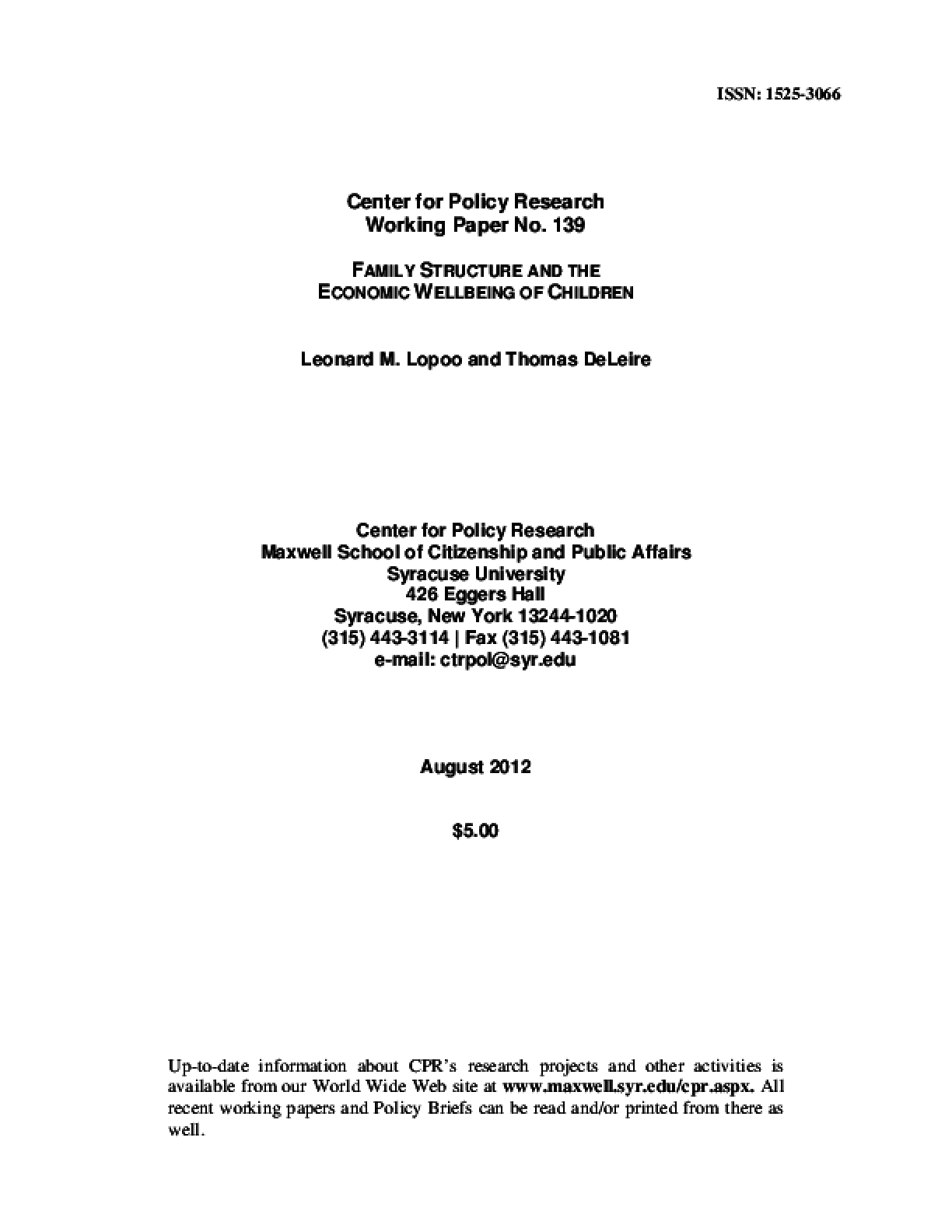